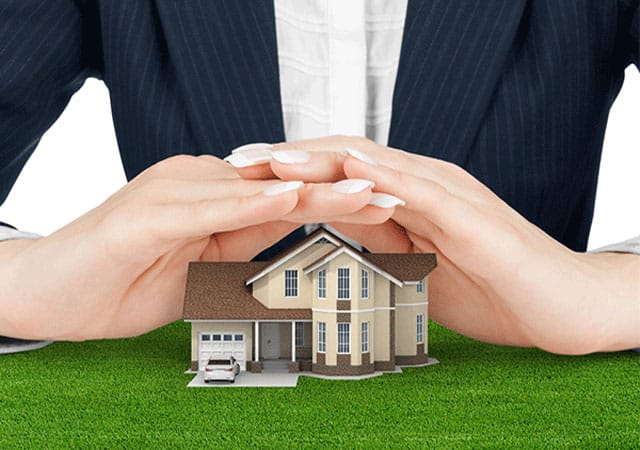 The rental agreement and in particular the one on real estate is legally regulated by the Contracts and Obligations Act (COA). This type of an agreement does not transfer or establish a real property right, but grants the contract law right of use of chattels or real property.

In the first out of those three cases the rental agreement has no verifiable date and at the time of the sale of the real property the tenant is in fact using it. In this case, as states the COA, the rental agreement is obligatory for the subsequent acquirer (the buyer) as rental agreement without a definite term. In this respect Art. 238 from the COA provides that the rental agreement without a definite term may be unilaterally terminated with a one-month prior notice, addressed to the other party, while with rents stipulated by the day the prior notice does not have to be longer than a day. For the acquiring buyer, who, after the sale, takes the place of the initial landlord, this means thath he/she has to tolerate the use of the real property by the tenant for one month, respectively one day only as from the day of acquiring (buying) the rented out property.

It is here that the reasonable question arises about whether the legally binding effect of the registration of a rental agreement, foreseen in the COA, is not too burdensome for the subsequent buyer of real property and whether this does not create an option for abuse by debtors acting in bad faith, who, unwilling to suffer public sale of their real property, outrun their creditors by registering simulated rental agreements for their real property with unjustifiably long terms, thus fighting off any potential buyers of their property over its public sale.

In order to avoid such scenario Art. 239 from the COA provides for a 10-year term restriction for rental agreements. This restriction has been conceived by the legislator as a compromise meeting point between the otherwise contrdictory interests of owners (landlords) from one side and their creditors from the other. The very same article of the COA, however, further goes, that this restriction does not apply for cases, in which the rental agreement simultaneously has the characteristics of a commercial deal. In order for a deal to be defined as such, Art. 286 from the Commercial Act (CA) only requires one of the sides to the rental agreement to be merchant as per the requirements of the CA and that the deal is conntected to his/her/its business scope – the law provides for a rebuttable legal presumption for the latter fact, i.e. the rental agreement shall be by default deemed as having been striken in connection to the business scope of the merchant, until the contrary has been proved. Thus, the 10-year term restriction under Art. 239 from the COA could be easily overcome with a twenty or thirty-year rental agreement between a natural person, who is debtor under a mortgage credit agreement, from one side, and an entity, which is merchant as per the requirements of the CA, from the other.

As revealed above, Art. 175 from the COA protects the mortgage creditor from the utterly disadvantageous situation from the preceding paragraph. Does, however, Art. 175, Para. 1 from the COA provide the mortgage creditor with complete protection? Going back to all that has been said above for the rental agreement, and, most importantly, to the very beginning of the expose, where it was made clear that the rental agreement does not constitute real property rights, but only the contract law right of use, we can easily find out that the answer to the question, stated in the previous sentence, is negative.

Supporters of the opinion for the inerrancy of the COA could object by pointing out the protection option under Art. 135 from the COA, specifically bearing in mind the most probable presence of relatedness between the debtor acting in bad faith and the third party to whom/which the debtor has long-term rented out the mortgaged real property and the application with that respect of the constructive notice under Art. 135, Para. 2 from the COA. In real life, however, against a fairly low remuneration any middle-class attorney could easily take care that the tenant to the bank damnifying rental agreement is an off-shore company, which would in turn render proving the relatedness between the landlord and the tenant impossible.

Hypothetically, one could spare a thought for trying to attack such rental agreement in court on the grounds of its colourableness/contradiction to common morale/circumvention of law, but the difficulty in proving such nullity grounds unfortunately renders the chances of success of those tries rather imaginary.

A way out of the above described peril for the proper development of public relations could be thought of in two directions:

1. legislative amendments, adding to Art. 175, Para. 1 from the COA that rental agreements signed and registered after mortgaging a piece of real estate have no legal effect for the public sale buyer, or

2. restrictive interpretation of Art. 237, Para. 1 from the COA towards stating that the binding effect of the registration under this legal text applies only to cases of transfer of real estate with notary deed and does not apply to public sales, which, on various legal grounds, in spite of formally bearing the name “sale” is in fact a rather different legal institute and property acquisition method from the common sales agreement regulated in substance law.

There are probably more solutions to the aboveanalysed problem. The present article, however, does not claim for exhaustion with the two options outlined therein – the legislative and the regulatory-interpretative one. The purpose of this article is to only acquaint and focus the attention of the reader on the existing legal gap helping mortgage debtors acting in bad faith, while the legal ways for overcoming such situations are a challenge and calling for the intellectual lawyer.

We use cookies to provide you with a better content and user experience. You can mark your preferences here.

Cookies are small text files that are stored on your computer or mobile device when you visit our website. The individual sections below will give you more information about the different categories of cookies that our website uses, as well as the ability to change the settings in this regard.

Please note that the restriction and suspension of cookies may lead to the suspension of functionality, incorrect operation and limitation of your user experience with our website.

These cookies are necessary for the functioning of our website and cannot be excluded by you.
We use cookies from a security point of view, which aims to prevent fraudulent use of login credentials, as well as to protect information from unauthorized parties.

If you disable this cookie, we will not be able to save your preferences. This means that every time you visit this website you will need to enable or disable cookies again.